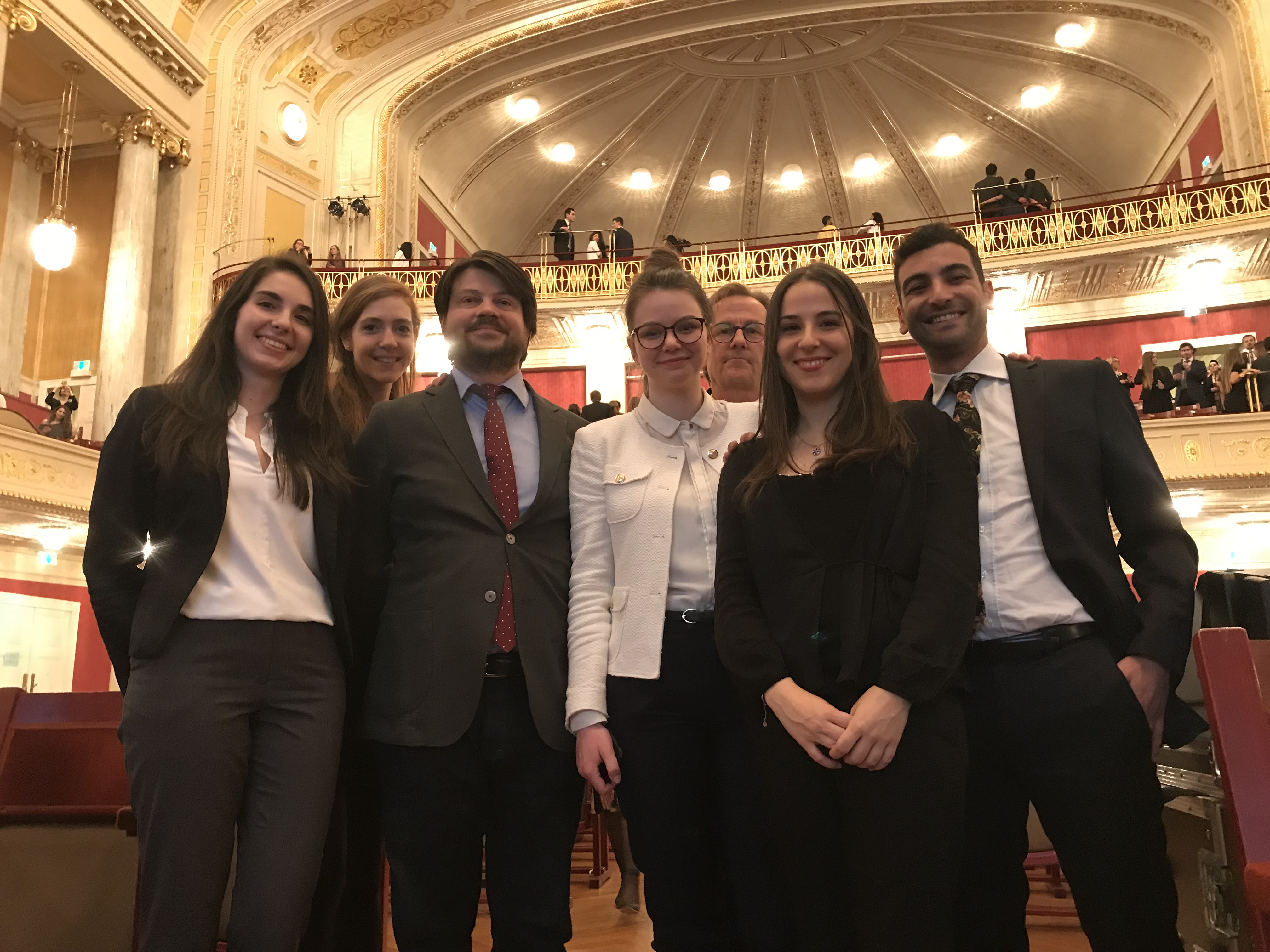 
William Peterson co-chairs the arbitration option incorporating the Vis Moot team representing the Institute of Business Law (IDA) at Aix-Marseille University. This year, the team performed well against teams in Law Schools from Beijing, Beirut, Geneva and Sao Paulo, with a strong finish against a very good team from the University of Geneva.

There were about 360 teams from 75 countries.

The teams prepare memoranda for Claimant and Respondent based on a case study published early in October.

Concerning the merits, the buyer alleged non-conformity  to the contract of the 600, 000 chocolate cakes purchased when the cocoa used came from an unethical/unsustainable source. According to the buyer, there was a guaranty obligation to sell ethically produced cakes. It was not clear which party’s general conditions applied in a sort of battle of forms. Here, the students applied the Convention on the International Sale of Goods, the UNIDROIT Principals on International Commercial Contracts, as well as case law, arbitration awards and legal writings from around the world.

The memorandums are difficult to prepare, each was 50 to 60 pages long (in English!).
Coaches and professors assisted the team.

Following the written phase, students prepared for the oral pleadings with “premoots” held this year in Montpellier, London, Wurzburg and Edinburgh along with sessions with coaches and other teams in person and by Skype.

The Vis Moot is practical legal education at its very best. Participation opens the doors for team members as all of them have obtained interesting internships in France and abroad not to mention the large international network team members develop.

The photo was taken in the Concert hall where the opening ceremony was held with William, part of the team and Professor Denis Mouralis from IDA (photo taken by Professor Daniel Mainguy of the University of Montpellier).